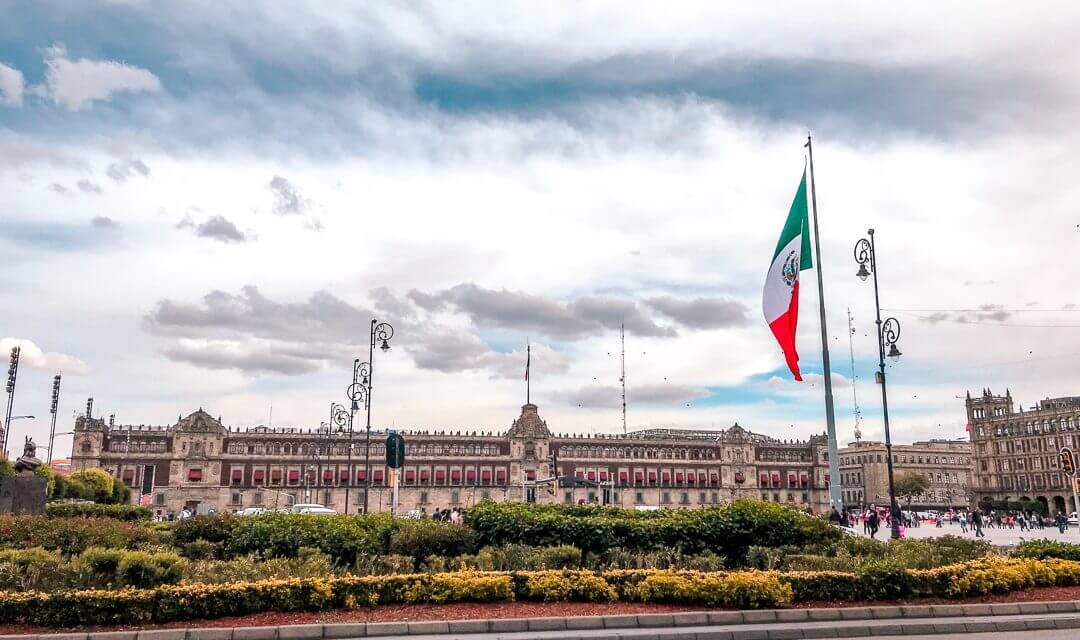 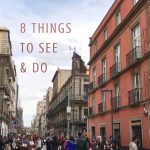 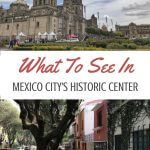 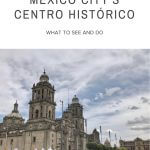 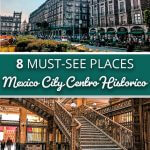 Mexico City, or Tenochtitlán as it was known back in the day, was founded in what is now the Centro Histórico. It was here that the Mexica people saw an Eagle sitting atop a cactus, which they took as a sign that this is where they should settle. If this image sounds familiar to you, it’s probably because you’ve seen it on the Mexican flag.

Mexico City’s historic center neighborhood is an absolute must-visit for history nerds. As you visit the various attractions you’ll learn about Mexico City’s evolution from the ancient city of Tenochtitlán into the metropolis we know today.

As you might expect, you’ll find many of Mexico City’s most noteworthy historic landmarks in this neighborhood. Mixed in, you’ll find all kinds of shopping, including many chain stores you’ll recognize from back home.

There are all kinds of restaurants, bars, food stands, and cafes tucked into side streets in the centro historico, but for me, the main draw of this neighborhood is the sightseeing.

In this guide, I’ve highlighted a few of my favorite spots to help you get started, but I highly encourage you to poke around beyond these (and to visit other neighborhoods in Mexico City as well)— there are plenty more gems to uncover.

I recommend setting aside an entire day of your Mexico City itinerary to explore Mexico City’s centro historico.

I’ve plotted all of the attractions mentioned in this post on this handy map for your reference. This way, you can plan your own walking tour of the historic center and ensure you don’t miss any of the key sites.

Best Things to do in Centro Historico, Mexico City

Almost every city in Mexico has a zócalo, a large square where people gather, Mexico City’s zócalo happens to be one of the largest in the world. Also known as the Plaza de la Constitución, this public space is typically quite a scene.

Though the square is quite sparse, it is bordered by Templo Mayor, the Palacio Nacional, and the Metropolitan Cathedral. You’ll often encounter street performers and vendors selling souvenirs and snacks. Often there is a timely art exhibit or event taking place on part of the zocalo.

During the FIFA World Cup a few years ago there was a screen set up to air the games and a fun art exhibit consisting of beautifully painted soccer ball sculptures. Around Christmas, you’ll often find an ice rink, a Christmas tree, and other decorations.

The zocalo sometimes hosts free concerts by well-known performers. You could encounter anyone from Paul McCartney to Justin Bieber or a renowned Mexican or Latin American artist– it has happened before!

The Palacio Nacional (or National Palace) is where Mexico’s federal government works. This grand building fills the entire block east of the zócalo, right in the heart of the historic center.

What appears to be a domineering building from the outside opens up into a warm, welcoming courtyard (after a quick security screening, that is).

You will have to pass through a metal detector and leave a piece of ID in exchange for a visitor’s pass. If you’re carrying a backpack you’ll have to check it at the paquetería when you go in, so keep this in mind when planning your visit.

Inside the Palacio Nacional, you can view incredible murals painted by Diego Rivera, one of Mexico’s most revered artists.

The murals are absolutely stunning in their depiction of the history of Mexico. It’s eerie how effective they are at conveying the emotions of the people in the face of the Spanish conquest.

Beyond the Rivera murals, inside the building, you will find a museum that has rotating exhibits related to Mexican history and culture. When I was there last, they had a compelling installation about the culture of the Mixtec indigenous group from Oaxaca.

You should plan to spend about 2 hours browsing the museum.

Adjacent to the Palacio Nacional, on the Zócalo, sits the Metropolitan Cathedral of Mexico City (Catedral Metropolitana). There’s a church on nearly every corner of this city, but this one is particularly interesting.

First of all, it is massive and impossible to miss. Secondly, its facade definitely demands a second look. It was built in stages throughout many periods, you can see how the style of architecture has evolved, which is intriguing.

The church was built directly on top of a pyramid (Templo Mayor), which dates back to the 1300s.

When you walk around the outside of the cathedral you’ll notice that none of the walls seem to be quite straight — you see, the entire center of the city was built on a lake bed and this area of the city is slowly sinking due to the soft ground beneath it.

The crooked walls and ornate details of the cathedral’s architecture make it seem kind of eerie, reminding you that it has been privy to a lot of history, on both sides of its walls.

The interior of the church is also impressive with its ornate architecture and art. Photography is not permitted inside the church so you’ll have to poke your head inside and see it for yourself.

When the Spaniards arrived they dismantled much of the existing city and built their own structures in its place, often repurposing stones from the Aztec structures to form their new buildings.

This archaeological site and museum combo will thrill anyone who likes to be hands-on with their history.

This ruin is nothing as objectively impressive as sites like Teotihuacan, but it is pretty incredible to peer through plexiglass windows built into the sidewalks and see remnants of an ancient civilization.

The museum contains many mesoamerican artifacts, including art, tools, and more. It’s not nearly as extensive as the anthropology museum in the Bosque de Chapultepec, but it’s still fascinating and much more digestible.

Plan to spend about 2 hours to see the museum’s entire collection. There are guides available on-site to tour you through the museum. I recommend going with a guide, as you’ll come away with a much more thorough understanding of Mexico’s history than you will on your own.

You’ll likely recognize the building from Instagram highlights and travel photography from Mexico City. The stunning, ornate exterior of the Palacio de Bellas Artes is just the beginning.

The theatre inside Bellas Artes features a stained glass curtain made by Tiffany (yes, that Tiffany). It’s a spectacle in its own right.

If art just isn’t your thing, check out the National Architecture Museum, which is also housed within the building.

This eye-catching building has a beautiful blue and white tile edifice. It was built in the 18th Century as a private residence. The tiles were commissioned from a manufacturer in the state of Puebla, an area known for its ceramics production (Talavera, anyone?!).

Eventually, the building was purchased by the Sanborns family and converted into a restaurant and department store.

The Casa de Los Azulejos makes a great photo opp, and if you’re hungry, you can pop inside to the Sanborns restaurant and enjoy a meal of traditional Mexican fare.

The interior of the building is pretty remarkable too. The restaurant sits in the covered courtyard, which is adorned with plants and a fountain.

If you visit the restroom you’ll notice the artwork around the doorway was painted by none other than José Clemente Orozco. The whole setting is quite grand.

Head up the stairs to the second level. Here you can read about the history of the famous blue and white china patterns on the Sanborns dishes, and enjoy a new perspective as you look down over the dining room.

In the case you arrive in Mexico City and somehow can’t quite conceptualize how big it really is, your reality check is waiting on the observation deck of the Torre Latinoamericana.

The view is amazing, and it’s the perfect opportunity to spot famous landmarks (including most of the ones on this list!).

Fun fact: Construction on this tower was completed in 1956, and it has since survived at least 3 major earthquakes!

There’s an entrance fee of $130 pesos to visit the observation deck and it is open daily from 9 AM to 10 PM.

On a clear day, you can see from one end of the Valley of Mexico to the other. The city sprawls throughout the entire area and is bordered by mountains on all sides.

Plan your visit for a clear day. Despite recent efforts to reduce the problem, Mexico City is still commonly plagued with a thick layer of smog that will more than likely impede your view.

I bring this up because in 2010 a young, bright-eyed Janine set out to enjoy the view of the city from the revolving restaurant in Mexico City’s World Trade Center, and was deeply disappointed when she couldn’t see a damn thing through the thick curtain of brown smog that engulfed the building. Lesson learned.

Alameda Central is a park that extends from the Palacio de Bellas Artes, almost all the way to Paseo de la Reforma (one of Mexico City’s most well-known streets). It was created in the 1500s and is the oldest public park in the Americas.

I always find it refreshing to visit green spaces in urban areas, especially in those as massive as Mexico City. The tree-lined pathways in Alameda Central make it a peaceful place to take a walk or pause for a minute on a bench. You’ll see birds, squirrels, and a range of different trees and plants.

Paseo de la Reforma is one of Mexico City’s main boulevards. It only cuts through a tiny corner of the Centro histórico, near the Palacio de Bellas Artes, but it’s worth including in your exploration of this area. It’s a beautiful, wide boulevard lined with trees and towering high-rise buildings, many house restaurants, hotels, and museums.

There’s a fascinating contrast between the 21st Century and 19th Century architecture along the way.

There are a few monuments along Reforma that are of note, including the Angel of Independence (a famous statue of an Angel that France gifted to Mexico), which you’ve undoubtedly seen in photos.

Reforma stretches all the way past the Bosque de Chapultepec and the Castillo de Chapultepec, which is another must-visit spot for museum-obsessed history nerds.

I bet you’ve never seen a post office like this one! Mexico City’s Palacio Postal is one of the most opulent buildings I’ve ever visited. It puts literally every other post office to shame.

This gilded building first opened in 1907 and continues to serve as a working Post Office. It incorporates a variety of architectural styles, including Moorish, Baroque, and Art Deco, among others.

Pop in to admire the architecture and snap a few photos before you head on your way.

I love to use Airbnb throughout Mexico. It gives you the chance to stay in different neighborhoods than you would in a hotel. Plus, it often works out to be more spacious and more affordable than a hotel, especially for longer stays.

Depending on the style of your trip, you may wish to rent a car in Mexico.

World Nomads offers affordable policies that you can tailor to your travel style.

Have you visited Mexico City? Share your favorite spots in the comments! 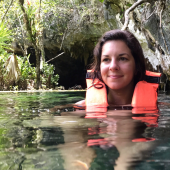 Janine is a full-time content writer and travel blogger. In 2017 she and her cat moved from Los Angeles to Mexico and never looked back. Now, she writes in-depth articles to help women travel Mexico safely and confidently. Connect with her on Instagram. 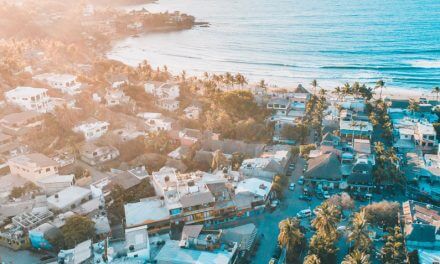 Mexico Bucket List: 25 Amazing Experiences You Need To Have 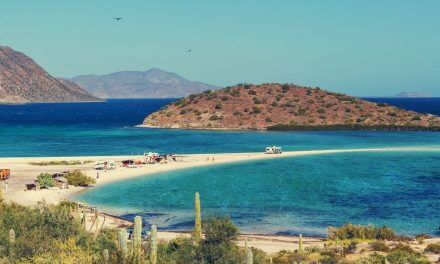 10 Awesome Things to Do in Baja California 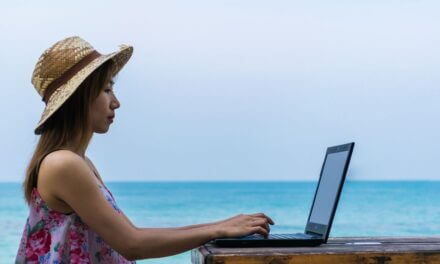 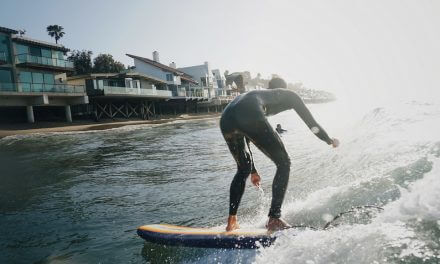 7 Laid-Back Things To Do In Malibu, California 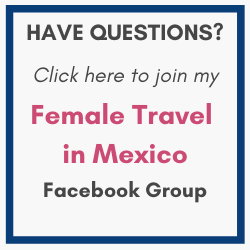 As an Amazon Associate I earn from qualifying purchases. Learn more by reading my Disclosure and Privacy policies. 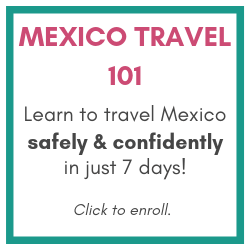